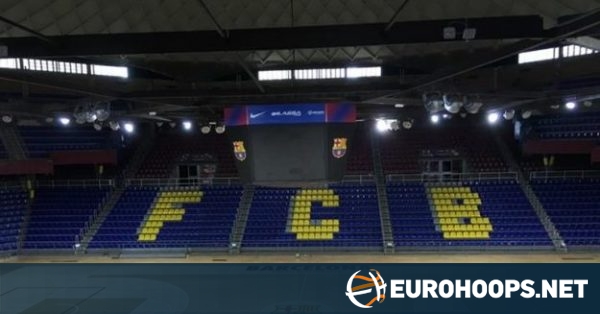 By the Eurohoops team / info@eurohoops.net

The Catalan club detected a security issue and proceeded to return the full amount of the tickets to all Partizan fans who purchased a seat in the local fan area, according to the official report.

“Barça, in accordance with sports law, cannot and does not want to endanger its members, subscribers and fans. That’s why the club will reinforce the security staff for tonight’s game“, says the official report.

Partizan president Ostoja Mijailovic has officially addressed Barca president Joan Laporta with a demand for a solution, as reported by the Belgrade club.

Barcelona will seat Partizan fans who have purchased tickets for the visiting area in the upper central part of the Palau Blaugrana, which is reserved for supporters of rival teams.
“If visiting supporters are detected in unauthorized areas before and during the match, Club security will relocate them to the visiting supporters’ area.“Says the Catalan club, which adds that it has been in constant contact with Partizan, whom it thanks for its willingness to accept and understand the situation.

As Partizan subsequently announced, Barcelona and president Joan Laporta remained firm in their decision to return tickets to fans who purchased those for the home fan zone.
“We think this decision is unfair to our fans who bought the tickets without any problem and paid for their trip for accommodation in Barcelona.“.

Finding and Fixing OpenSSL Vulnerabilities at Scale: The Balbix Handbook