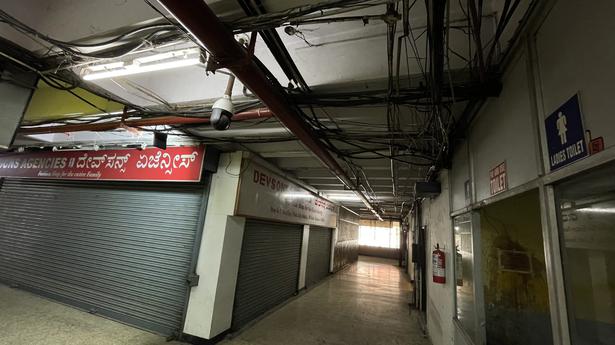 It could be one of the oldest skyscrapers and commercial complex in the city, located in the heart of the central business district (CBD) and offering stunning views from Namma metro. But today it is a story of neglect and few people give this iconic building a second look.

The merchants who have settled inside the Public Utility Building receive practically no new customers. Of the 85 shops in the complex, which occupies the first and second floors of the building, only 30 to 35 are now open. 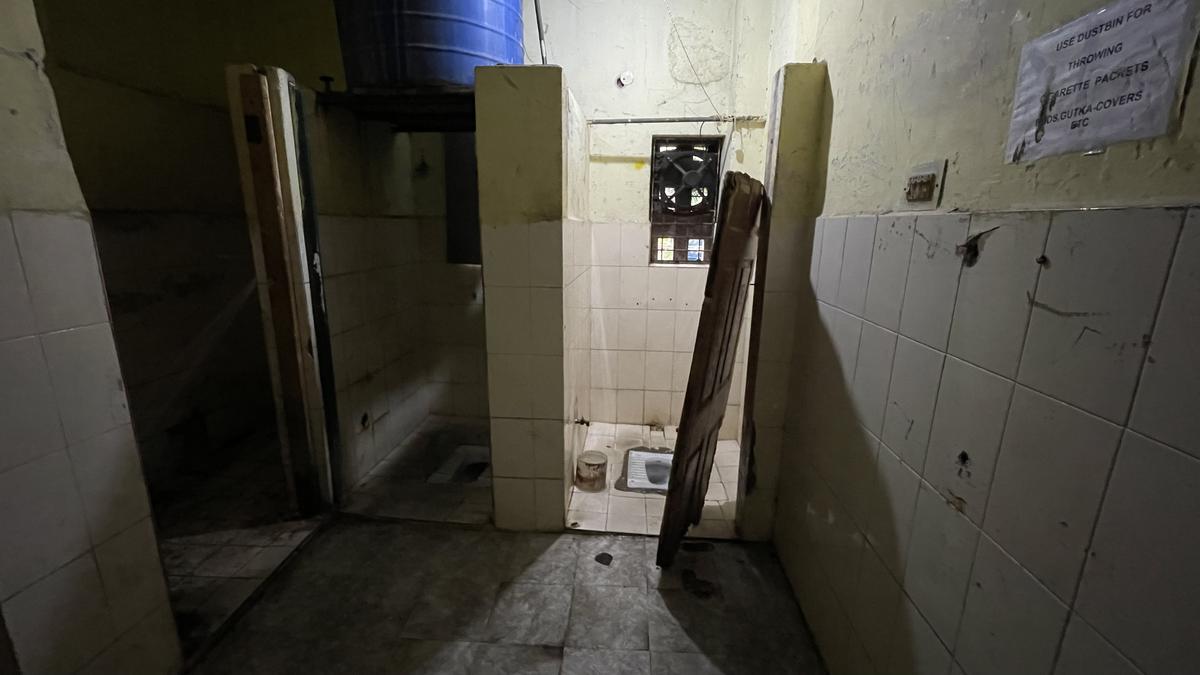 Those who still run their businesses there say that one of the main reasons traders closed was the landlord – the Bruhat Bengaluru Mahanagara Palike (BBMP).

Members of the Public Utility Building Traders’ Association (PUBTA) alleged that maintenance and safety provisions had been neglected by the BBMP. When The Hindu Visited the building recently, the hallways and stairwells were stained, while the stench from the toilets could be smelled from a distance.

Inside the washrooms, there were no doors in some stalls and the faucets in the sinks didn’t work. In many places in the complex there were also electrical wires sticking out of boxes.

“The association pays the salaries of housekeeping staff to have clean toilets for our employees. Even then, there are infrastructure issues like leaky taps and pipes,” said a shopkeeper who owns a textile store in the complex. 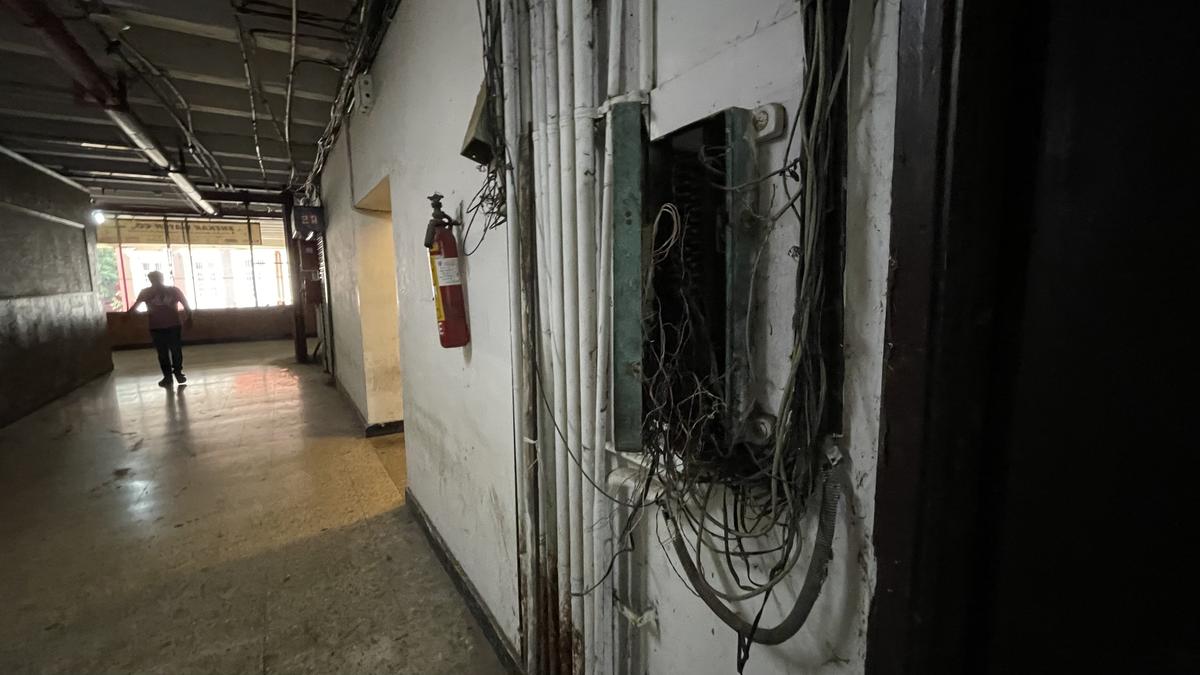 He added that during the night there was also no proper lighting system.

Traders here also said that BBMP increases rent by at least 7% from time to time, and it becomes a huge burden for them.

“They are now charging ₹50-60 per square foot, much like the private spaces on MG Road and Brigade Road, which is not easily bearable by traders here. Since most of the floors here are occupied by BBMP offices, all the rent that is missing there is taxed on us. First of all, apart from our fixed customers, there is no one new here. Even if they come, the state of the complex is so bad that they won’t come back,” said K. Ramachandran, president of the association. While it was an upscale mall in the 1980s and 1990s, some shopkeepers have now confessed to regret having stayed in the complex for decades. Some said they open their stores and sit there all day and some days not even a customer shows up.

They say they can’t move to different places because it won’t be financially feasible.

Responding to questions, BT Mohan Krishna, Chief Engineer, BBMP (East) said a tender had been issued to address the issues with the ductwork in the toilets. He also said that to ensure security, six Home Guards are still on duty in the building.

“Nevertheless, we will have a meeting with the association and find a solution to their problems,” he said.

As one of the tallest buildings in the city, there are a total of 25 floors which house many commercial establishments like a shopping complex, restaurants, shops and also cinemas.

It is owned by the BBMP, which has also occupied most of the building’s floors for its offices